Ammonia Inhalants are colorless gasses that have a sharp smell when placed at room temperature. Commonly used in cleaning agents, it is consumed by most athletes in the name of smelling salts.

To begin with, Ammonia is a gas that dissolves in water and known as aqueous ammonia. When it comes in contact with air, it shifts from liquid to gas. The Romans first developed ammonia or smelling salts. But in the Victorian era, it became popular because of its ability to cure dizziness and fainting.

As we all know, ammonia inhalants are hazardous and utilized in different work sites. So, OSHA (Occupational Safety and Health Administration) is concerned about employees’ safety. That is why OSHA has regulations for ammonia use and storage. Ammonia refrigeration discusses in OSHA standards for the general industry 29 CFR 1910. In addition, ammonia refrigeration discusses in this section on the OSHA website.

According to OSHA, Ammonia is toxic and can harm the eyes and lungs. It is fatal for a person to expose to 300 ppm of ammonia. It is also explosive in the air at frequencies ranging from 15% to 28% by volume.

Its ability to explode rises when combined with grease fluids. An explosion can also happen if released in an enclosed place with a fire source. Fire can also start if a container contains anhydrous ammonia. The least amount of ammonia is 50mmp to harm the most sensitive person.

It has many uses, but the most common use is smelling salts. The first use of it many athletes consume it to boost their performance at games.
Secondly, it applies when a player is unconscious in the field. Trainers immediately give them smelling salts to inhale and get conscious. Smelling salts are tightly sealed in white plastic from water, alcohol, and ammonia, tearing them closer to the nostrils of a player to wake them.
Another use of ammonia is as a fertilizer for crops, plants, and lawns. In addition, it directly utilizes in soil. Finally, ammonia is used in industries due to its liquid tendencies (as a compressed gas).

Doctors and trainers use ammonia inhalation or smelling salts. The packet is approximately 4 inches or 10-15 centimeters from the nose. When the athlete or patient inhales salt, the fumes go in them through the nose. That irritates the lungs, and with rapid speed, the brain receives oxygen that helps a person regain consciousness.

There is a misconception smelling salt increase energy level, but the truth is that it enhances focus. Of course, it still needs to be determined the long-term and short-term side effects of using it. But most people consume it in low doses from a health perspective.

It is a poisonous chemical. It dissolves in smelling salts, but using them repeatedly or placing them near your nose is unhealthy. That can cause severe inflammation of the nose and lungs. And as well as asphyxiation and death in rare cases.

As stated above, no known side effects have been seen now. Therefore, the prescribed and average use of smelling salt has no danger. But the medical recommendation is encouraging, especially for those with a medical history.

Many new users of smelling salt feel instant energy because their body is reluctant to the salt. Unfortunately, with a regular intake, a user increases his chances of getting injured.
A constant and heavy dosage of ammonia or smelling salts is dangerous for membranes in the nostril.

The most severe risk of smelling salt after any brain injury can provide relief immediately. But have a complication in later therapies that requires proper neurological examination.
People with respiratory diseases like asthma, bronchitis, emphysema, and chronic lung disease may experience different critical effects of smelling salt. It is an acid that can burn and irritate your skin. When your eyes or skin comes in contact with it, wash it thoroughly with water. Immediately contact your doctor if the burning and irritation remain.

Ammonia, if inhaled, causes discomfort and burning in the throat and stomach.
It can burn and irritate the respiratory tract, causing coughing, wheezing, and difficulty breathing. But this condition can be severe for patients with the hyper respiratory tract.
There are no links to ammonia causing cancer or defects related to birth.
The smell of ammonia is so strong that a person can smell it even if it is a 5 part in the air with millions of air parts (ppm). However, the death rate from ammonia is low, almost after exposure to 10,000 ppm for an unexplained duration.

How to Overcome Driver Fatigue

How Environmental Engineering Saves the World

OSHA Guidelines at the Workplace? 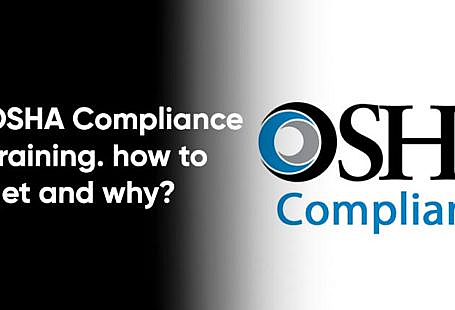 OSHA compliance training. How to get and why?

How to Achieve Mindfulness at The Workplace