Power linemen face many electrical hazards as they work on live as well as dead electrical power lines. They may install or replace distribution equipment such as capacitor banks, distribution transformers on poles, insulators, and fuses, among other activities related to electrical lines. Linemen use ropes, knots, and lifting equipment as a part of their duties. Linemen may have to complete these procedures with rudimentary manual tools in areas with limited access. Such conditions are common in rural or mountainous areas that are not accessible to large vehicles, like electric repair trucks. And so they expose linemen to greater electrical hazards.

With the right configuration, linemen can work on live high-voltage transmission lines. Linemen must separate from the rest of the crew to avoid facing electrical hazards. Linemen wear special conductive clothing. They attach this clothing to live power lines. This allows them to handle the wire because the line and the lineman are at the same potential. If the lineman completes an electrical circuit, such as by handling both ends of a damaged conductor, he may still be electrocuted. So linemen face considerable electrical hazards even in this situation. Specially trained linemen carry out such work in helicopters.

Linemen work in a highly dangerous environment. Their exposure to electrical hazards is probably greater than anyone else’s. Here are some of the top hazards they face in the course of their duties.

Linemen who are unaware of the electrical hazards of their jobs will be unable to protect themselves. Employee inability to recognize and comprehend workplace hazards results in multiple electrical utility mishaps every year. Employees must know what hazards exist and what procedures to take to decrease the risk of accident and injury before setting foot on a job site.

When it comes to workplace safety, personal protective equipment (PPE) is crucial. Protective gear, such as suitable gloves, might make the difference between a healthy hand and one that has been burned by electrical contact. Wearing inadequate PPE causes a substantial proportion of utility accidents. Having the proper PPE can be the difference between life and death for a lineman.

Use of Inadequate Coverup Equipment

Cover-up equipment is used in electrical work to keep employees away from energized parts and equipment, as well as to keep energized conductors away from the grounded surface of poles and cross-arms. This significantly reduces electrical hazards for linemen. The risk of electrocution increases when workers aren’t covered up. Mishaps are likely to occur when workers are needed to move their covers during a job due to a lack of cover-up. Prior to the start of a job, employers should prepare ahead and ensure that their workers have enough protective gear.

Neglecting to Provide Protection against Currents in Grounded Systems

Many linemen believe that grounded systems are safe because they are grounded. However, this isn’t necessarily true. Utility linemen now undertake a lot more transmission work at greater voltages than they did in earlier times. The incidences of induction have increased as these voltages have increased. In grounded systems, induction creates a circulating current, which is how electric current has become a major risk for linemen. Businesses should teach workers about what causes induction, how to protect against the hazards it produces, and how to manage currents circulating in grounded systems to make the workplace safer.

Ignoring Safe Driving Practices to and from Work

This is not just specific to electrical linemen, but the entire workplace environment at large. Although linemen face many electrical hazards while at work, they also face some hazards while getting to and from their place of work. Many employees are unaware that driving to work is part of their job. Too many accidents occur on the road because workers are in a hurry, complacent, or preoccupied. Employees must keep their focus on the road and follow traffic safety laws to avoid driving accidents. It’s not worth hurrying to work by driving recklessly and risking injury to yourself and others. 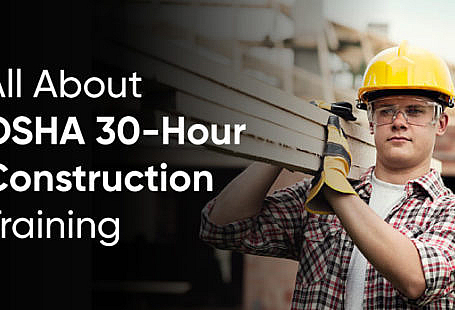 OSHA 30 Hour Construction Training: All About It

COMBUSTIBLE DUST: What you must know!